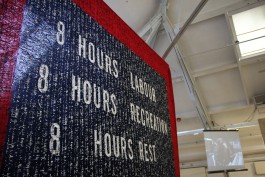 Reinterpreting the heritage of the NW textile industry, whilst documenting the current reality of ‘work’, PUNCHCARD ECONOMY is a machine-knitted banner based on the ‘8 hours labour, 8 hours recreation, 8 hours rest’ slogan coined by Robert Owens of the Eight Hour Day movement. The design incorporates data collected from a range of ‘workers’, primarily in the digital, creative and cultural industries, auditing contemporary working patterns within the digital economy, and revealing the shift from Owens’ ‘888’ ideal. Each hour worked beyond the 888 'contract' expressed as a reverse stitch (or glitch) in the design.

By inviting participants to log their working week via a bespoke web interface, the project collected 200 data sets detailing contemporary working patterns. These were then translated to knitting motifs, and incorporated into a reinterpretation of the original ‘8 Hours Labour’ banner, produced on a hacked electronic knitting machine. The resulting data showed a significant shift towards precarious or flexible working, and many people working at evenings and weekends.

The exhibition of the banner, alongside a video documentary and ‘data knitting’ workshops, provided an engaging, original accessible and cross-disciplinary point of reference for people to examine their own relationship to ‘work’, data and digital design.

Using art and knitted textiles to create a critical discourse with new audiences around data and contemporary working patterns in the digital economy. This original and ambitious art project uses knitting as an accessible medium to engage people in critical discussions around data, work and digital technology. Punchcard Economy encompasses machine-knitting data workshops, presentations, film and the exhibition of a large knitted data-visualisation banner.

200 years after Robert Owen founded the 8 Hour Day movement, developments in digital technology and shifts in working practices have led to a more flexible (and precarious) economy in which the notion of ‘work’ is no longer tied to singular place or a rigid schedule. Digital technology has also led to the proliferation of data capturing and sharing, opening up questions as to who gets to collect, own and interpret this data, and how art and artists can ‘explore data critically and materially’ (theODI.org, 2018).

"Eight hours daily labour is enough for any human being, and under proper arrangements sufficient to afford an ample supply of food, raiment and shelter, or the necessaries and comforts of life, and for the remainder of his time, every person is entitled to education, recreation and sleep." - Robert Owen' - "Foundation Axioms" of Society for Promoting National Regeneration (1833). 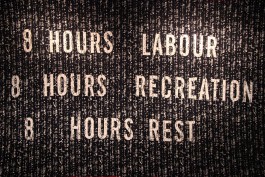 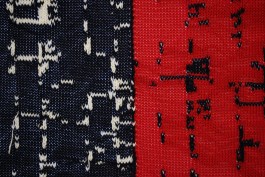 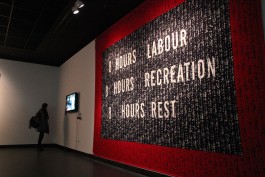 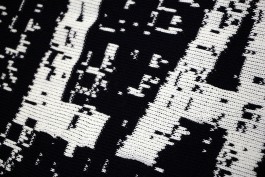 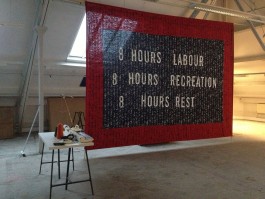 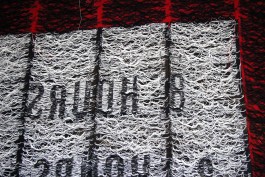 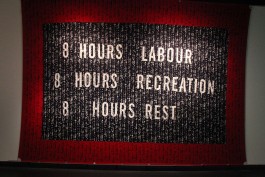