VIDEO CULTURE is an interactive installation that combines optical video feedback, digital video processing and projection mapping to create an evolving organic interface that recalls the behavior of micro-organisms in a petri dish. The work can be presented in a variety of formats, shapes and scales. It can also be presented as both an interactive installation for multiple users, or as an audio-visual performance.

Three discrete chromatic feedback systems (Red, Green, Blue) exist in the same space, fighting for territory. The work is seeded using coloured laser pens, encouraging each chromatic ‘culture’ to grow steadily. As each colour expands, it bumps up against another. This creates a constant flux as individual colour growth is amplified by the feedback system, yet inhibited by the other colours sharing the space.

This mechanism results in some freakishly (micro)organic interplay between the coloured video forms, and by extension, the users. The resulting ‘organisms’ appear to have a level of vitality, agency and fragility, whilst their forms also invite our interpretation as an audience. The presence of each colour is also linked to a sound library, creating a shifting composition that can be easily shaped by the user.  The work can be presented both as an interactive installation, and as an audio visual performance. 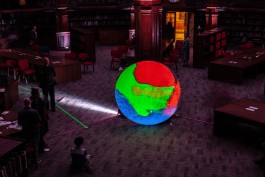 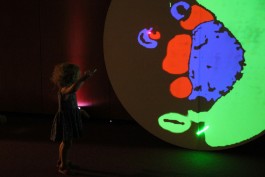 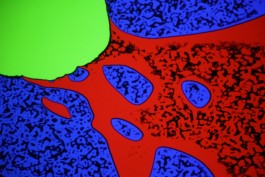 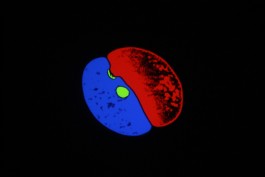 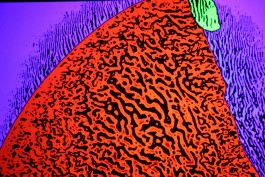 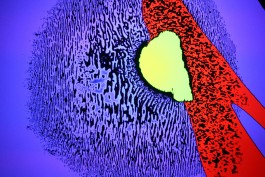 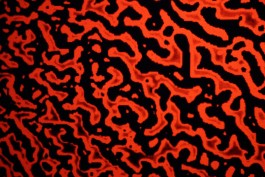