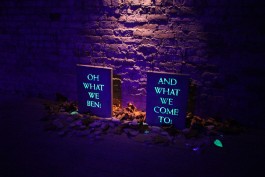 Inspired by Russell Hoban’s post-apocalyptic novel, 'Riddley Walker', two concrete gravestones bear the central lament of the young protagonist. ‘Oh What We Ben! And What We Come To!’ marks Riddley’s epiphany and subsequent despair at society’s fall from grace, two-thousand years after a nuclear explosion - the ‘1big1’.

The debossed text on each grave is rendered a UV reactive paint, which glows eerily when placed under black light. The protruding rebar iron rods suggests the graves are an uncompleted work in progress. Riddley’s lament will haunt his people as they ‘progress’ from their neo-iron age into a new era of marked by the discovery of gunpowder. The grave tableaux is completed by concrete casts of decorative fauna and dried autumn leaves.

Originally presented in Barrow-in-Furness in 2017, UK, the work also refers to local resistance to a proposed concrete factory at Lindal in Furness and the fear of cement dust impacting on the environment and the health of residents. Protestors placed banners outside their houses stating « Lindal Says No » and « No to Concrete ». Thanks to the opposition of local residents and activists, the controversial proposal was refused planning permission.

"Myt be some dead bloaks left em. Mark you that and noat you wel. Ready to cry. ready to dy. Like croaking iron, ben no more." 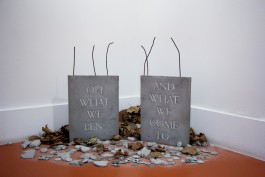 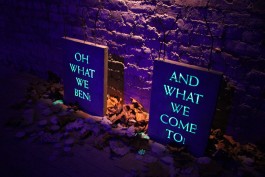 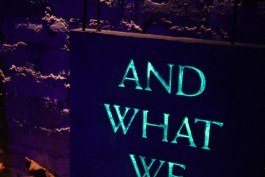 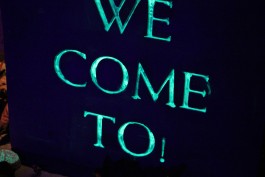 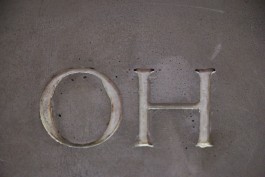 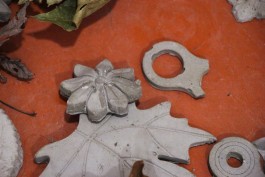 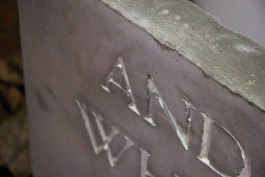 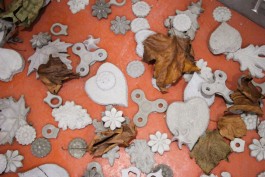