An ongoing series of performance experiments to programme sound and light from a punchcard knitting machine. Combining a hands-on interface with midi synths and dmx LED par cans, the knitting machine becomes it’s own disco.

By punching holes in the punchcard, the artist and audience is able to programme a binary value, which is tracked by the camera, and processed as values passed to the synth, lights and projector. The knitted artifact is merely a by-product and document of this performance. 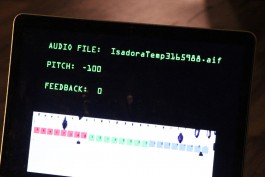 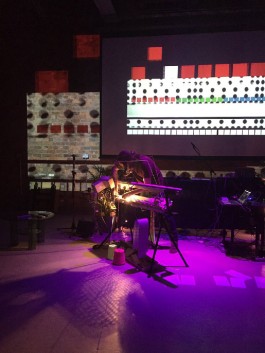 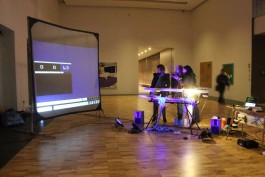 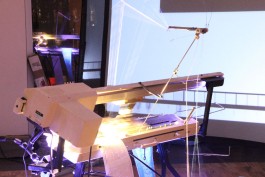 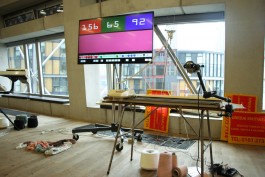