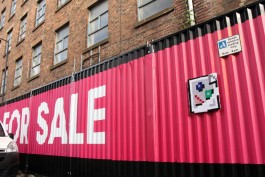 IMAGE NOT FOUND is a knitted installation produced in collaboration with UNIQUE KNITWEAR – a recreation of a digital icon from the early days of the internet and Windows 95. If a website failed to load properly or elements such as gifs or links were broken, the browser would instead show an Image Not Found  / Broken Image icon in its place. This icon would either take the form of a red cross on a white rectangle (for missing jpgs), or in this case, a torn document with 3 basic shapes in primary colours. The function of this icon is to remind us that something should be present, but it is missing. The approach is in part influenced by other 'digital-iconography-made-physical' urban interventions such as Dave Colangelo's 'POINTERS' (2012) and Aram Bartholl's 'MAP' (2006 - 2019).

Following the sale of Crusader Mill, 7 knitting factories and 2 artists studio were forced to find new premises. I worked with Unique Knitwear to produce a series of 12 knitted Image Not Found icons, with the intention of placing them around Crusader Mill. By the time I returned to the site, development has progressed significantly, and even access to the exterior of the building itself was not really possible. There was now a new narrative dominating – that of "FLATS FOR SALE" & "NETFLIX AND CHILL", displayed boldly on the hot pink hoardings. In the context of Manchester, the work points to both the loss of artist image making, and the greater loss of textile manufacture.

Manchester is going through a shift as housing developers buy up mills, displacing existing industries. This forces manufacturers to relocate and downsize at great cost. Developers and the council have failed to properly engage or support the predominantly south Asian factories in negotiating this huge challenge. Of the 7 factories at Crusader Mill when the building was sold, only 2 are still in business (Unique Knitwear and Emporer).

This work is part of a series that aims to contest the developer-led narrative around regeneration, by using design and textiles to highlight spaces where voices are absent. Developers Capital & Centric use 3 key themes in their narrative at Crusder Mill: ‘regeneration’ of the physical budiling, the celebration of industrial ‘heritage’,  and the creation of a new ‘community’. The last of these is extremely contentious as it erases the presence of the existing community – predominantly Pakistani textile workers – who have been part of the building for over 30 years. 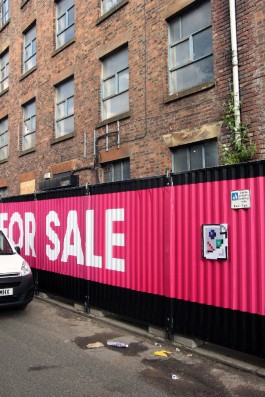 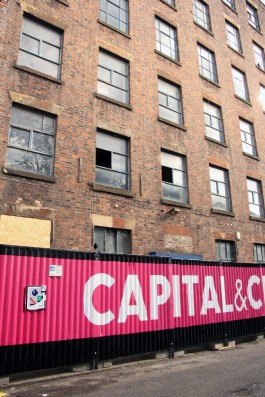 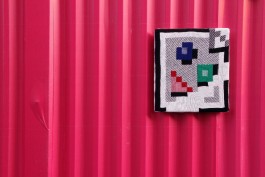 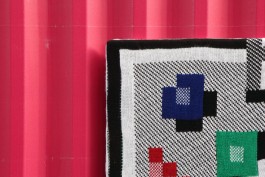 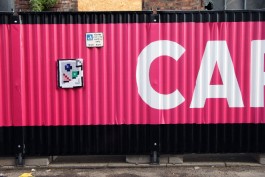 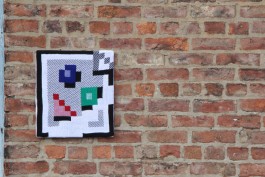 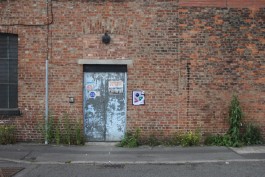 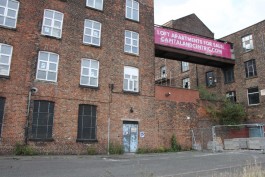