A special collaboration with artist and fellow knitter Marie Jones (kochi-kochi.co.uk/) created for Ride Your Pony no. 3, at Warrington Museum, October 2019.

Combining the worlds of fitness video and knitting tutorial CRAFTERCISE uses machine knitting as an exercise to build up your knitted wardrobe as well as keep you fit. Marie Jones plays knitting tutor and fitness fanatic Marie Tracey, as she guides us through a warm up with cone lifts and cone crunches, machine knitting a scarf and finishing with a cast off to cool off.

Presented as an apparently found film from 1989, and shot on a high-8 analogue video camera, CRAFTERCISE brings together two unusual (and contrasting) cultural phenomenon from ths 80s - the workout video and the machine knitting tutorial. Both were aimed primarily at women (or assumed female audiences) and were distributed on video - with copies still turning up on eBay. Marie has often joked about making an exercise video from machine knitting given it's physically demanding nature, and so this was a good opportunity for me to explore analogue video production processes.

"breathe in and out, nice and deep, as you're going along" 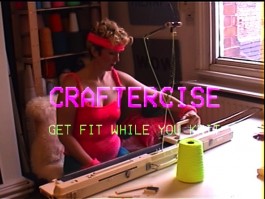 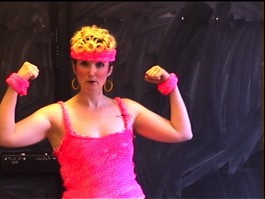 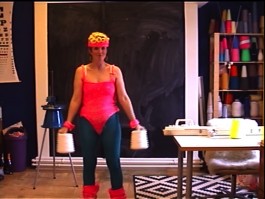 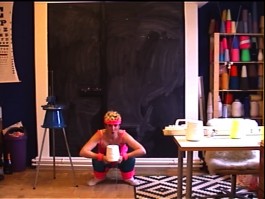 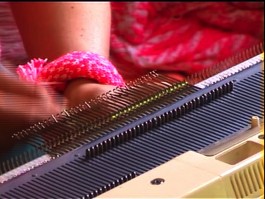 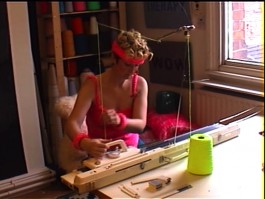 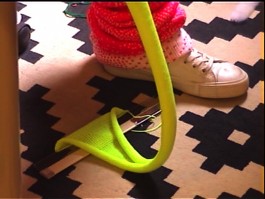 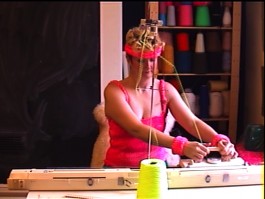 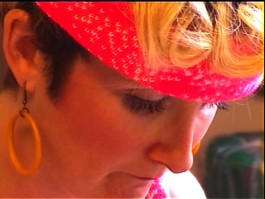 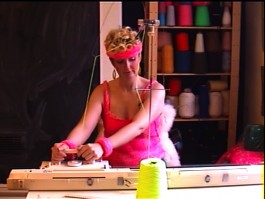 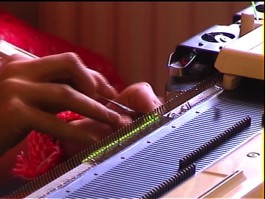 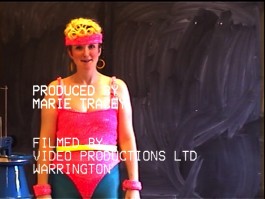