A ghostly concrete trainset provides the framework for an organic 'living' video projection, activated by the audience using coloured laser pens. As users interact with the sculpture, colouring it in with the lasers, they trigger a strange growth of Red, Green and Blue light, and accompanying whirring sounds that rise in pitch and intensity as the network is revealed. This intuitive interface allows the audience to 'play' the work like an instrument, or paint the sculpture, whilst interacting with others. After a short time, the work returns to its 'frozen' state - an imagined infinite network cast in cool concrete, and the ominous sound of pulsing.

The sculpture itself is inspired by the lost stations and rail networks of NW Cumbria, the fear of apocalypse and over-industrialisation, and a love for the classic modular childrens train set, remodelled in concrete. The work exists as an artifact in a post-human landscape - a kind of concrete Pompeii - brought to life through investigation with digital tools.

"The old connexion broak and finisht.  I been lookin to connectit all agen - the lines, the comping stations, the girt shyning weals -  so it myt reveal. I had a nuff and moren nuff with all I had to do wer sort it out. My hed wer perwel hummng and spinning with it, running shyning colours. Its such a long track, all forkt. I myt as wel keap goin down the line." 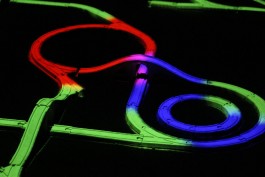 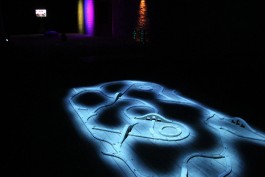 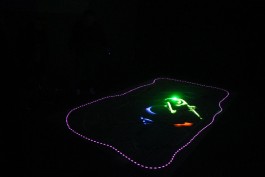 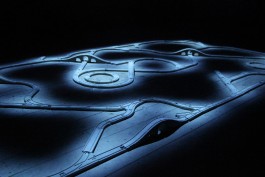 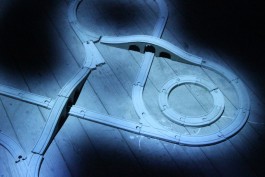 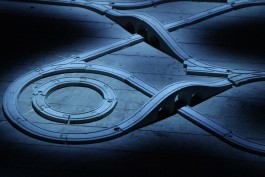