Produced in partnership with Mercy.
Supported by Cornerhouse Micro-Commissions and The Bluecoat.

Live text transcription and performance with analogue video titlers, celebrating the composite video format, and playing with the notion of composition both as a term for writing, as well as visual layout. Each performer was invited to speak on a topic of their choice, whilst the other speakers to respond to the lecture in real time, using 3 daisy-chained analogue video titlers. The overlayed texts provided an immediate annotation and reinterpretation of the performance, whilst unintended typos and new meanings were frequently introduced thanks to the clunky hardware interface. The final performance was an improvised summary of the previous 3 texts, as the 3 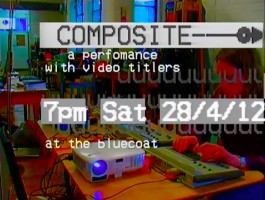 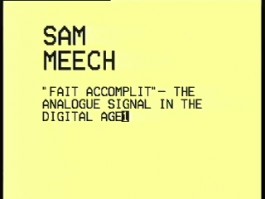 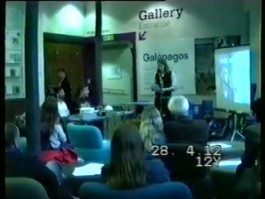 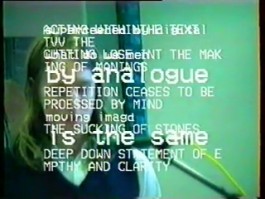 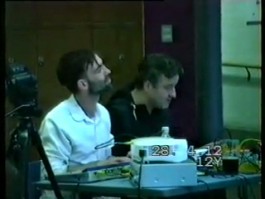 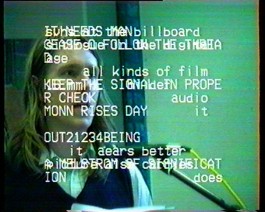 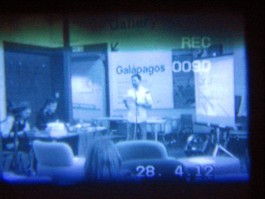 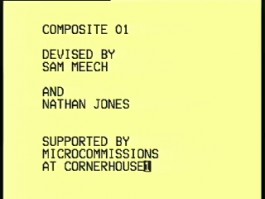