An analogue video camera sends a composite signal to a mac, via a Canopus ADVC 110. Isadora software takes this signal and maps the camera's view of the screen to a full screen output. Isadora can also be used to mapulate the look of the video, by changing colours etc. The processed video is output via HDMI, and then through a Blackmagic Intensity Shuttle to a second mac. This mac takes the video signal and uploads it as a live stream to Twitch.TV using the OBS software. Finally, a third laptop, controlling the big screen display, opens a browser window for twitch.tv and displays the processed feed full screen, which the camera re-sees, completing the loop.

Though the video streaming software enables us to circum-navigate the logistical challenges of accessing the display, it also introduces significant latency into the loop, along with video compression artifacts.

Big Screen Abyme seems to be most promising when it draws on its own context. By simply displaying the area around the screen, it at once highlights the architecture and screen infrastructure, whilst also appearing to become 'invisible'. 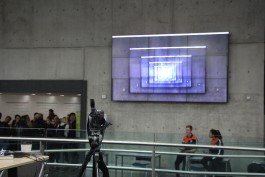 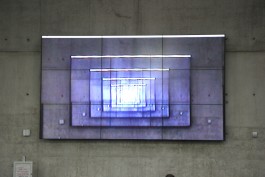 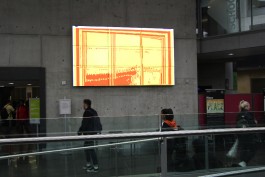 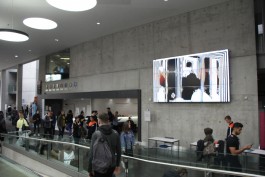 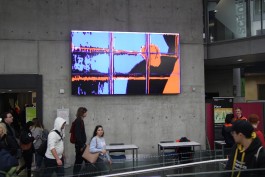 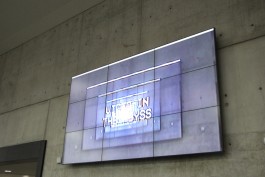 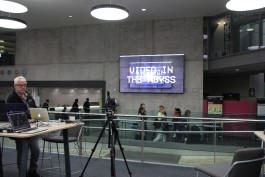 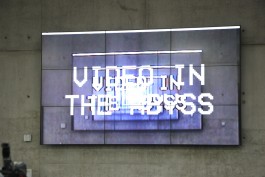